The sound of crickets chirping on a warm summer evening is oddly comforting. Dead crickets, however, can stink up a place like no other. Breeding them is an even bigger nightmare, especially for your nostrils. If you’ve ever asked the question, “why do crickets stink?” keep on reading to have your question answered.

Crickets need warmth to survive, which is why you only ever hear them on summer evenings. These nocturnal cold-blooded animals do not survive the winter. In the summer of 2012, Texas saw an ever-growing population of crickets, and with it came the pungent stench of cricket carcasses.

Table of Contents show
Rotting Dead Bodies
Cramped Quarters
Short Life Spans
Low Ventilation
Rotting Waste Excretions
Getting Rid of Stinky Crickets
1. Remove Ideal Breeding Conditions
From the yard
From inside your house
2. Killing Crickets
Kill the nymphs, not the adults
Choose a treatment that does the least damage
Related Questions
Why do Crickets chirp?
What do crickets eat?
What do crickets smell like?

The die-off rate for crickets is very high. They are fragile insects with very short lifespans of about nine months. During their lifetime, they are at very high risk of becoming the prey and encountering disasters that leave them incapacitated. Dead crickets give off a stench similar to that of rotting meat. If the bodies are not removed, then the stench becomes unbearable.

Crickets can die due to multiple reasons.

Crickets may get aggressive with each other. Out in the field, these insects establish dominance through their chirps and actions. In cramped quarters where they are already head to head, they may end up eating each other as they are omnivorous insects.

Mole crickets are often head to head underground. They do end up attacking each other, especially when they’re in the same areas underground as they get ready to hibernate during the winter. Their dead bodies don’t harm the human sense of smell during the cold weather. However, as soon as summer begins or the rains come, the dead bodies rise and start to decay. Humidity, due to rainfall, further aggravates the stench of the cumulatively decaying dead bodies.

Crickets are cold-blooded animals, which means they take on the temperature of their surroundings. They are also nocturnal, which means that they sleep during the day and stay up the whole night. If the nights are any colder than 50 degrees Fahrenheit, the crickets stop singing or chirping. If it gets any colder than that, they die.

Crickets dying due to the cold is not a problem. However, high temperatures or heavy rainfall can also fuel their death. Crickets can drown even in a drop of water. Heavy rain accelerates the already growing number of dead bodies.

High heat during summers results in increased activity in the insects. The level of activity directly affects the life span of these animals. The higher the movement, the more energy they utilize, and the faster they die.

High heat also directly affects cricket growth. When exposed to high temperatures, crickets can reach their full growth levels within 4 to 5 weeks. At this growth rate, they can die in 6 to 7 weeks. Their death once again leaves behind dead bodies that, combined with the heat and humidity, rot and stink up the place.

Proper airflow and ventilation are vital when it comes to maintaining a stench free garden and house. Whether the crickets start rotting inside or outside the house, the smell spreads everywhere. If you have logs or rock formations in your backyard under which crickets can find ideal breeding places, then that can be a problem. Air ventilation in these corners is nonexistent, and these are the nooks and crannies in which crickets make their homes.

The lack of airflow becomes a nuisance as the crickets breed and die. Without proper ventilation, the dead bodies continue to decay, leaving behind a nasty smell. Even when alive, the lack of ventilation in cricket breeding grounds can be a problem due to rotting waste excretions.

Cricket breeding grounds are dark, small, and damp places with little to no ventilation. Combine that with high heat during summers, and you will have a thriving cricket population in your garden. With such a huge community comes a significant amount of waste, which creates an unpleasant smell, especially with the summer heat.

Inadequate airflow combined with rotting waste excretions results in the production of toxic gases that kill the crickets. The added humidity as a result of the lack of ventilation makes the conditions even more unbearable. Such a situation brings together the two main reasons for why crickets stink.

Getting Rid of Stinky Crickets

Crickets are considered some of the hardest insects to get rid of. They breed quickly and grow very fast. Mole crickets primarily can hide underground, and getting rid of them requires extensive treatments. Here are a few simple steps to keep crickets out of your house and away from your garden.

We have already established that dark and damp places become breeding grounds for crickets. Simply removing excess shrubbery from the garden is an excellent start to getting rid of crickets. Get rid of any decorative log pieces that can shelter these insects.

Make sure all your shrubs and bushes are located in well-aerated areas that receive plenty of sunlight. Exposure to natural light is critical as it helps evaporate excess moisture from the ground. It also makes it harder for crickets to find a home in your garden.

Sunlight and air ventilation also ensure that humidity levels are kept to a minimum. Humidity can severely aggravate the stench that cricket feces and their dead bodies give off.

From inside your house

Crickets often find their way inside when their food sources run dry outside. Removing damp and dark places as well as excess shrubbery does precisely that. It kills their food sources or minimizes them at the very least. You should take certain preventive measures to ensure that these pests don’t make it into your house.

Chemical sprays can potentially ruin all your garden shrubs and plants. Choosing a treatment method and technique that does the least damage to Mother Nature is essential.

Mole crickets residing in your garden lay their eggs at the end of summer. The eggs are safe and protected underground throughout winter. By mid-June, these eggs hatch, which results in a sudden increase in the cricket population. When treating mole crickets, timing is essential.

Kill the nymphs, not the adults

The earlier you target them, the more effective the treatment will be. It is easier to kill mole nymphs then it is to kill full-grown mole crickets. The ideal time for treatment is before they hatch. Once they hatch, they can cause a significant amount of damage to the grass turf before you can get rid of them.

Choose a treatment that does the least damage

Imidacloprid .5 Granules work particularly well when it comes to dealing with mole cricket eggs. These granules seep into the soil and target eggs as well as nymphs. Imidacloprid is a systematic insecticide treatment that protects your garden against a cricket invasion for 3 to 6 months. Because the granules are long-lasting, you can even sprinkle them on the soil at the end of May, and they will last you throughout the summer.

Liquid insecticides like the Bifen XTS are also a good option for dealing with Mole nymphs. Applying Bifen all over your garden area can provide you protection throughout the summer. It is also safe for plants and other greenery.

For all other crickets you can use any of the following:

Applying the LambdaStar on all possible entry points provides the ideal coverage. It not only kills existing crickets but also prevents any more from coming in.

For outdoor uses, the Intice bait works particularly well. It comes in the form of granules and lures in crickets, ultimately killing them. Placing them near food sources can effectively rid the house of all pests.

Why do Crickets chirp?

Crickets communicate through their chirps. They have two primary functions in life; to eat and mate. Their chirps either signify their search for food or their search for a mate. The chirping you hear at night is male crickets calling out to female crickets. They also chirp to establish dominance and compete with other males for the attention of the females.

What do crickets eat?

Crickets are omnivorous. They eat fruits, plants, nectars, seeds, other insects, and may even nibble on dead larger animals. When pitted against each other in really close quarters, crickets can also eat each other. In some species of these insects, female crickets end up eating their male counterparts after mating.

They give off an overpowering stench. It resembles that of rotting meat but is not quite the same. In 2012, a swarm of crickets invaded Texas. Their dead carcasses stank up the town for days before the government took measures to deal with the dead bodies. The only way to get rid of the stench is to get rid of the rotting corpses. 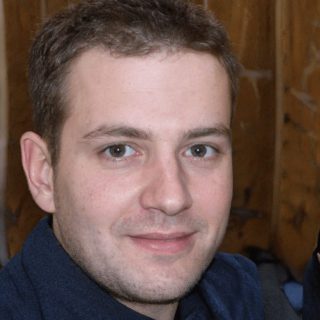